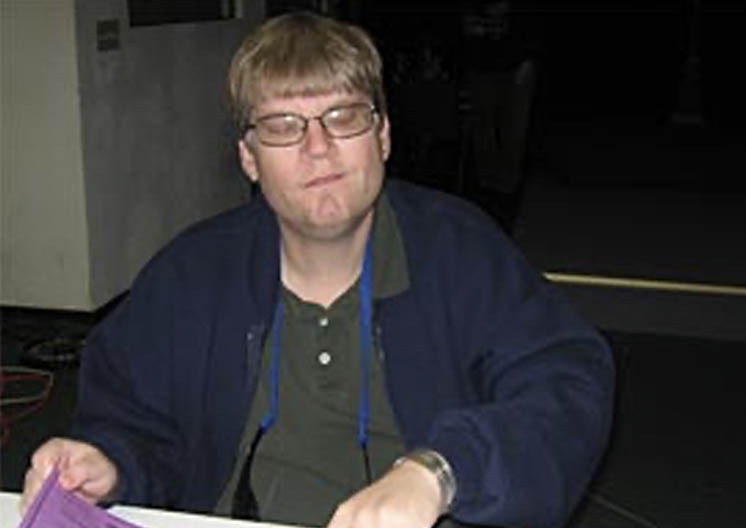 Scott is a gentleman diagnosed with Usher’s Syndrome. He was born with hearing and sight, but at the age of nine Scott’s parents were informed that due to a genetic disorder, Usher Syndrome, their son would be deaf and blind by adulthood. Scott continued to live at home with his loving supportive family as a child, and received education in some of California’s best Deaf and Blind schools. After graduation from secondary school, Scott attended Helen Keller National Center’s two-year program in New York. Later, Scott moved to Sacramento, and has since chosen to be a part of the STEP family.

Since 1994 we have supported Scott as his sight has declined from low vision to complete vision loss. His hearing loss is moderate when he wears his hearing aid, but profound without it. Scott is well spoken with a great sense of humor. Over the years, if you asked Scott his career goals or his dream job, he would remark, “A model for new men’s clothes like in the catalog,” then strike a model’s pose.

Scott’s current program with STEP Vocational is a balance of therapeutic activities and employment. He has worked at the Sacramento Convention & Visitor’s Bureau in their monthly mailer project, and volunteered with the North Area Teen Center and Sacramento Food Bank.